RSS (and Atom) feeds are still the primary way of reading technical news for me. I never managed to like apps like Flipboard, or to use Twitter lists for this. RSS readers give me much more flexibility in organizing the stream of news, and making sure I don’t miss anything important to me. As everybody else, I was on Google Reader, and this is my second switch since the service closed its doors. Fortunately, the cost of switching to a new service is very small, as all of them easily import and export the list of subscribed feeds (including the categorization in folders or tags) as OPML files.

As I have spent some time testing various options, I have decided to post my conclusions here. 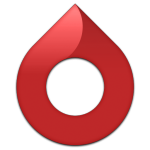 Since Google reader shut down on July 2, 2013, I have been using Fever. I do like Fever, and I was hoping it could remain my reader for a long time. The application requires a simple initial setup, and you have to host it somewhere (I was hosting it on DigitalOcean, on the same instance that is hosting this website), but once you have completed the simple steps it works completely unattended. Fever is also cheap, it only costs $30 (single payment, there is no subscription).

The main problem with Fever is that the author, Shaun Inman, does not have much time to work on it, and there are features which are missing. I initially thought I could live with that, but I ended up deciding to try the alternatives.

Fever also has some unique features that I will miss, like the possibility of adding feeds as Sparks, which will never appear in any unread counter. Sparks counts in the determination of hot links though: Fever gives you a hot section, with the hottest news (the links that appears more often inside all your feeds), organized by temperature. You can even see temperatures in degrees Fahrenheit or Celsius.

The web interface is good and, on iOS, Sunstroke is really great. This said, you can also use Reeder, or Mr. Reader on the iPad. All these mobile apps give you access to the hot links section.

So what is missing? Well, for one the API is limited (and still tagged as beta). From any of the third party apps you can’t add or remove a feed, rename a folder, or basically alter your subscriptions in any way. I often find interesting feeds on my iPhone or iPad, and having to go through the web interface (or use the provided bookmarklet) is far from convenient. Another annoyance is the time it takes for mobile apps to sync with the server: given that they are all very slow, I suspect it is a problem of the server component itself (over the past months, I have switched hosting service and the speed did not improve, so I do not think this is related to where I am running Fever). If you can live with these limitations, go with Fever and you won’t regret it.

Once I decided to switch, I tried a couple of competitors, and I was surprised not to find any good post comparing the available options after July; Most of these service have evolved since then. Which leads me to the next option I have tried. 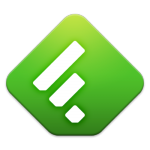 Feedly is the most successful post-Reader service, and it is beautiful. The design of the web app is modern, simple, and functional. The service is simple, fast, works reliably and does not have the limitations that annoyed me in Fever (it does not have Fever’s additional features though). The user interface for complex things like organizing your feeds in folders is incredibly simple and intuitive. You can simply drag and drop a bunch of feeds from a folder to another, and unsubscribe from a bunch of feeds with a single click.

The main problem that I have with Feedly is their Dropbox-like business model. They offer a good free service, and an expensive Pro subscription, and honestly I am tired of sponsoring all the free users out there. The Pro subscription costs $45, which I think is excessive for this type of service. I prefer to pay the right price, and knowing that I am only paying for myself. This issue alone has pushed me to look for an alternative. 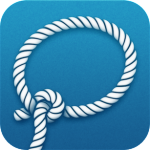 This is the service that I have decided to use for the time being. It is a paid service, and you can’t use it unless you pay, which in my book is a good thing (although a short trial or even a demo-site would be welcome): this brings the cost down to $19 per year, which is in line with the value it brings me.

The design is quite spartan, and I miss the polish and organization features of Feedly. That said, Feed Wrangler compensates for that with advanced features:

Feed Wrangler is as fast as Feedly for what I can say, and it also offers a fully featured API: I mainly use Mr. Reader on my iPad to organize my feeds. Unfortunately ReadKit, my application of choice on the Mac, does not support Feed Wrangler’s API so well, but hopefully this problem is only temporary.

I still have some issues with Feed Wrangler:

There is something else you need to be aware of about Feed Wrangler: it imports OPML perfectly, translating folders to Smart Streams, but it exports your feeds as a flat list. So, should you decide to switch to another service, you need to recreate your folder structure from scratch.

I do hope to see an update soon, with new features and a more polished web interface and User Experience.

I will try to stick to Feed Wrangler for a while, and see if I get used to the web interface and its way of working. I might leave Fever running as well, just for the "hot" feature (I will possibly move all my feeds to Sparks, not to be bothered by unread counters).

There are many other services out there (Newsblur, FeedBin, Digg Reader, etc.), but I wasn't willing to invest more time into this now. If I decide to switch again, I will post my review of other services I try.